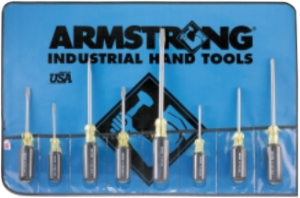 Driver screws and bolts are fasteners used for various applications and materials in manufacturing, construction and repair. Screws and bolts have different heads and body designs that make each of them uniquely appropriate for certain projects. The specification allows for ease of assembly and greater durability of final products.

Let’s take a closer look at driver screws and bolts how they might be used:

First, the difference between screws and bolts — a screw is an externally threaded post that bears ridges all the way down the length of the shaft. This threading helps dig into the surface of the pieces being screwed together, making it difficult to pull the materials apart and providing greater support in solid objects. Screws are perfect for building and construction projects and materials, such as drywall and wood.

A bolt is a smooth length of metal with a substantial head and a threaded tip. It is paired with a nut on the end that is fastened to the threading and provides reinforcement while also permitting materials to expand and contract without creating as much friction. Bolts are ideal for metal structures and products.

Among driver screws and bolts are less well-known but equally important screw drives, including the Frearson, which is similar to the Phillips but features a sharp tip and larger angle in the V shape. Unlike the Phillips, the Frearson fits all screw sizes and is commonly used in marine applications.

The hex socket screw drive is a popular design that has a hexagonal recess and may be driven by a hex wrench, also known as an Allen wrench, Allen key, hex key, or inbus as well as by a hex screwdriver (also known as a hex driver) or bit. Tamper-resistant versions with a pin in the recess are available for applications that require more security.

There are several other tamper-resistant screw drives for driver screws and bolts that that can frustrate tampering efforts simply because they are more obscure designs. These include the breakaway head, the Bristol, and the clutch. Manufacturers of video game consoles and computers often use Japanese line screw drives with male and female tamper-resistant configurations. This particular fastener is known as the “line head screw” or “game bit screw” because of their popularity for video game consoles.