Anti-seize technology and how it’s applied 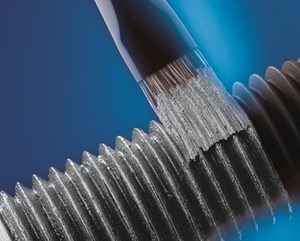 Anti-seize technology is a compound-based solution for preventing fittings, bolts, and other fastener components from seizing, corroding, stripping or galling (excessive wearing caused by friction) during disassembly and reassembly. Anti-seizing technology is particularly important in environmentally harsh or extreme conditions that promote deterioration of components which can cause them to “freeze” or become otherwise non-functional.

Anti-seize technology really has just two major elements: some sort of lubricant combined with one of any number of solids, especially metals, that feature a low coefficient of friction. The anti-seize compound is brushed onto bolts or other fastener components to prevent the corrosion that can hinder the two parts from sliding past each other, causing them to “seize” and become immobile. However, once anti-seize technology is applied, the lubricant used evaporates over an often short period of time, leaving behind the solid elements which help reduce friction and adhesion, enabling the fastened components to disengage and reengage easily. When anti-seize compounds are not used on fasteners in many harsh environments, corrosion and seizing can be so great that fastener heads have to be cut off and bolts drilled out, destroying the fastener and often rendering useless the components fastened together.