How long have fasteners been in use? 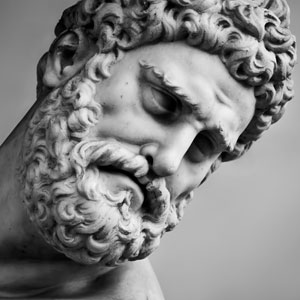 Fasteners have a long and storied history, going all the way back to the Bronze Age, when metal rivets first appeared in the archeological record. Archimedes and the ancient Greeks have been credited with inventing the screw around the 3rd century AD.

A few hundred years later, around the 10th century AD, better-kept records revealed some of the more popular uses for screws and combination nuts-and-bolts, especially in the military, where efficient bookkeepers in the Imperial Roman and Byzantine armies kept  detailed records of fastener use in equipment such as large siege machines and naval vessels. As a wider variety of materials came into use, iron (and soon thereafter, steel) screws, rivets, and bolts were used primarily for land applications such as agricultural equipment construction, while copper and brass were preferred for boat-building and other marine use to minimize corrosion and decay.

The earliest rivets were simple and effective, composed of a shaft and head which were deformed and tightened using a hammer. Because those early alloys were so malleable, simple rivets made it relatively easy to fasten two or more sheets of metal together. With the advent of the industrial revolution, large-scale iron and steel construction of buildings, bridges, and aircraft utilized high-strength metal rivets that were heated to make them more malleable and then hammered into place by skilled workers wielding pneumatic hammers. We’ve all seen historic photos and film footage of hot rivets being tossed up to skilled workers balanced on high iron beams during the construction of iconic structures such as the Empire State Building and the Golden Gate Bridge. Today, structural rivets have been largely replaced by high-strength steel nuts and bolts, in general because it’s easier and less expensive to install nuts and bolts using relatively unskilled labor.

The rise in popularity of nuts and bolts here in the US began in the mid-19th century, driven by the introduction of standardized threads and sizes and the increase in military and transportation equipment production during the Civil War. Two world wars and increasing industrial modernization saw a steady and rapid growth in the American fastener industry throughout the 20th century. However, in the 1970s and early 80s the industry declined briefly due primarily to the import of cheap, foreign-made fasteners. Then, in the mid-1980s, a number of highly-publicized reports of dramatic equipment failure focused attention on the lack of fastener regulation and quality control. The result was the passage of the Fastener Quality Act (FQA) in 1990, which created a resurgence in demand for quality, American-made fasteners. Today the US fastener industry remains strong, maintaining a technological advantage over the rest of the world for highly-specialized fasteners used in advanced medical, aerospace, and other commercial and industrial products.