How Prototypes Can Save You Cash 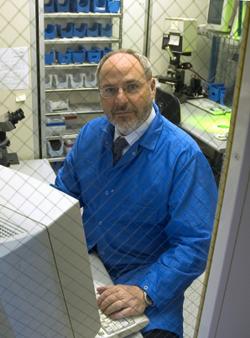 When you think of prototyping, you might think it only applies to complex mechanical products or expensive systems that cost thousands, even millions of dollars. But did you know that prototyping something as small and relatively inexpensive as a fastener component can save you big bucks? It’s true.

There are a number of benefits associated with prototyping. Here are a few:

Prototyping is an iterative process, meaning that a series of steps will likely need to be repeated until acceptance has been gained. Essentially, the designer can use the information gleaned and feedback received from the client and/or end-user to rework the prototype as necessary until agreement is reached by all parties. In the unlikely event that agreement cannot be reached after a comprehensive series of reworks then the feasibility of the development under the current constraints needs to be re-examined.

By prototyping even a relatively simple fastener component, you’ll save money because prototyping will help reveal issues and problems early on before it becomes too expensive or prohibitive to correct them. It gives you the opportunity to “fail early and often” until you achieve the right design for the application.

To learn more about the advantages of fastener system prototyping, contact the prototyping professionals here at Electronic Fasteners.

We’re pleased to offer you the services of our Customer Support staff. The Team has many decades of fastener industry experience with in-depth skills ranging from metric fasteners, to mil spec fasteners, to custom, made-to-print products, and so on.