Metric Fasteners in the USA 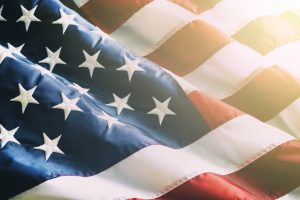 While the rest of the world embraces the metric system for fastener sizing, the United States still prefers the familiar system of measurement known as the “US customary units,” also referred to as “English” units. For a brief moment in the mid-1970s it appeared that the metric system would take off. Congress passed the Metric Conversion Act of 1975, then the Omnibus Trade and Competitiveness Act in 1988, making the metric system the preferred method. The problem was, though, the law was completely voluntary. So today the US still does not consider the metric system as its primary or preferred means of measurement.

Over 40 years after the attempt to convert US measurements, the US lives in a metric gray area. Yes, it has a few laws requiring that consumer goods list both metric and US customary measures, but it still remains isolated in its US customary measures bubble. In fact, our resistance to the metric system actually goes all the way back to the 19th century when Congress first proposed that the country transition toward the internationally-accepted metric system. However, at that point, American industrialists had already stocked their factories with equipment that was based on the US customary units. To prevent a costly overhaul of their equipment, these industrialists used their influence to stop Congress from adopting the metric system throughout the 19th and 20th centuries. Today, America still teaches U.S. customary units in its schools, although many scientists, engineers, and organizations have submitted to the ease of the internationally-used metric system.

In modern times, the manufacturing of fasteners, screw, and bolts metric fasteners have been driven in large part by the automotive industry. Today, engineers utilize CAD systems which not only enables parts to be drawn to size instead of scale, they easily switch between the English and metric systems of measurement. However specifications are still hard to get in metric.

The problem of which system to use extends to general manufacturing as well. Lathes, mills, grinders, and other tool-making equipment and support equipment have dial indicators and measurement scales all based on the English system. All gauging equipment and tools such as sliding calipers, micrometers, and test equipment like torque wrenches use the English measurement system and have to be replaced with their metric system equivalents.

Duplication creates waste such as tools for production where most companies have metric and English drill bits, taps, roll thread dies, and so on. Along with dual head markings for inch-grade and metric-property class. This duplication along with the efforts for conversion between the two systems adds up to a tremendous amount of waste.

So today the United States finds itself in a unique position. A growing number of domestic companies and organizations have embraced the metric system – sort of. In fact, there are only three countries that do NOT use the metric system entirely. The United States is, by far, the largest one. An ever-increasing number of parts and products arrive here as imports from countries that utilize tools and machines sized by the metric system. So even though the US is not fully on the metric system, American businesses need to use tools and fasteners to accommodate metric-based imports from most other countries in the world. That’s why, here at Electronic Fasteners, we carry a comprehensive inventory of both English and metric fasteners in a variety of shapes, sizes, and materials. So if your next project or product calls for metric-based fasteners, just give us a call.