What is the Story With US/Metric Units of Measure? 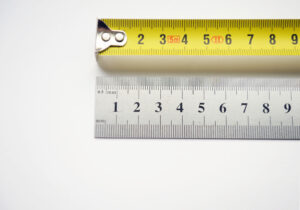 So how did we get here?

While the rest of the world has embraced the metric system for fastener sizing, the United States still prefers the familiar system of measurement known as the “US customary units,” also referred to as “English” units. However, in the mid-1970s it appeared that the metric system would take off when Congress passed the Metric Conversion Act of 1975, then the Omnibus Trade and Competitiveness Act in 1988, making the metric system the preferred method. Unfortunately, the law was completely voluntary, so today the US still does not consider the metric system as its primary or preferred means of measurement.

In the 20th century the manufacturing of fasteners, screw, and bolts metric fasteners was driven primarily by the automotive industry. Today, engineers utilize CAD systems which not only enables parts to be drawn to size instead of scale, they easily switch between the English and metric systems of measurement. However specifications are still hard to get in metric.

Over 40 years after the attempt to convert US measurements, the US lives in metric limbo. Yes, it has a few laws requiring that consumer goods list both metric and US customary measures, but it still remains isolated in its US customary measures bubble. So even though the US is not fully on the metric system, American businesses need to use tools and fasteners to accommodate metric-based imports from most other countries in the world. That’s why, here at Electronic Fasteners, we carry a comprehensive inventory of both English and metric fasteners in a variety of shapes, sizes, and materials. So if your next project or product calls for metric-based fasteners, just give us a call. We’ll be happy to help you sort it out.